Viola Vs. Violin: A Simple Breakdown Of Their Differences

The violin is one of the most recognizable instruments in the world. It has a rich history and elegance that few other instruments have.

It also has a lesser-known, but similar-looking counterpart named the viola.

While these instruments are very similar, there are several key distinctions between the two. In this guide, we’ll cover the key similarities and differences between these two stringed instruments — and which one is right for you.

The 5 Key Differences Between Violins And Violas

The most straightforward difference between the two instruments is their size. The viola is slightly bigger, measuring between 15-17 inches long on average while a violin is typically between 13-14 inches.

Additionally, there is a subtle difference between the instruments’ accompanying bows. The viola’s bow is heavier and its frog, the part of the bow the player holds, is curved. The violin’s bow, however, is lighter and features a frog that is a perfect 90 degree angle.

There are several other differences as well, including their tones, strings and respective clefs:

The size difference between violas and violins is the most straightforward way of distinguishing between the two instruments. As mentioned earlier, violins average about 14 inches in length versus viola’s 16 inch average.

Additionally, the viola’s body is both slightly wider and deeper than that of the violin. It is also heavier as well. The differences in size, however, don’t alter the shape very much at all, making a viola look nearly identical to a violin, just larger.

Given that their bodies are so similar to each other, it makes sense that both instruments use four strings.

Violin strings are shorter and able to handle much more tension than those of the viola. The tension needs to be higher on violins to accommodate their higher-pitch range. Viola strings have a lower tension, giving the instrument a much warmer sound.

As one might expect with instruments with different ranges and strings, the viola and violin use different standard tunings. The violin is tuned G-D-A-E from left to right. The G-string is the lowest pitch and E is the highest.

The viola uses a standard tuning that is a whole fifth lower, meaning the pitches are C-G-D-A with C being the lowest pitch and A the highest. This is also the same tuning used for cellos, which are simply an octave lower.

Viola and violin strings, in most cases, can never be used interchangeably. A violin’s strings are too short to be used on the longer viola and a viola’s strings aren’t capable of the tension that a violin requires.

The only exception is that a steel core A-string on a viola can be used as an A-string for a violin, if the player desires a warmer tone for that specific string.

For help tuning either of these instruments, here’s a good video on tuning each:

How to tune a violin:

How to tune a viola:

When it comes to reading sheet music, the viola and violin differ as well. A clef is a symbol that lets the player know which notes are located on the lines and spaces of the stave. The most common clef is the treble clef, which is centered around the G on the second line (it is also called G-clef).

The violin, along with many other instruments such as the flute, guitar, clarinet and more, use the treble clef. The G on the second line is a G4 found on a piano and is typically the first clef that musicians learn.

The viola, however, uses the much less common alto clef. This clef has a much different symbol and is based around a C4 on the third line. This clef is most used by violas, alto trombones, mandolas, and the countertenor voice.

While the viola mainly uses the alto clef, there are certain situations where it is more practical for a violist to use the treble clef. This is mainly seen when the music requires many high-pitched notes. Switching to treble can make those high-pitched notes far easier to read.

Just like their bodies, viola and violin bows look extremely similar. Despite their closeness in appearance, there are several different key characteristics about each respective type of bow.

While it may be tempting to use the same bow for either instrument, doing so will not get the best out of your instrument.

As mentioned earlier, one of the main differences in the bows of violas and violins are their frogs. The violin uses a frog that is square, with its corner a perfect ninety degrees. Viola bows, on the other hand, have a frog with a distinctly curved corner.

Despite the viola’s larger size, a violin bow is actually longer than a viola’s. A viola bow is 29 inches in length on average, while a violin’s is 29.5 inches. Their weights are a different story. A violin bow typically weighs right around 60 grams, where a viola bow weighs 70 grams on average.

The part of the bow used to rub the strings is called the horse hair. A viola bow uses a wider band of hair, meaning it needs more horse hair than a violin’s string.

A viola will use about 175 strands of horse hair. A violin’s band uses 150 strands on average. Due to the tightness of a violin’s strings, its bow is significantly more flexible than a viola’s bow, which is stiff by comparison.

Given how similar the instruments look in terms of their shape and size, it only makes sense that they sound rather similar as well. Listen to the viola and violin play the same piece of music, and you’ll notice they have a strikingly similar sound.

Due to these differences, the violin is much more likely to play the melody in an arrangement while the viola is far better suited to play harmonies.

Is the violin or viola easier to play?

Due mainly to its larger size, the viola is actually more difficult to play. It is heavier, thus more taxing to hold, and requires more power put into the bow as the strings are thicker than a violin.

Notes are also further apart on a viola, requiring the player to stretch more. Everything is more compact on a violin.

Which instrument is more expensive?

Violins and violas are priced similarly, with beginner to intermediate instruments ranging from $500-3,000. Violins are more common and are more mass produced, so there are more lower priced options than violas. It may also be easier to find a quality used violin because of this.

A quality viola will be slightly more expensive than a comparable violin.

Which is better to learn?

The decision of which instrument to choose will depend entirely on the taste of the player. If you prefer a darker and warmer tone then the viola might be the instrument for you. If you would rather have a higher-pitched and melodic sound, then the violin is going to be the better choice.

Do the violin and viola use the same technique?

The main difference that will require some adjusting on the player’s part is the size difference. As mentioned earlier, the viola will require more stretching to reach certain notes that may be easier for the player to reach on a violin.

The other main difference is note selection. A violinist playing a viola has to be cognisant of the fact that a viola cannot hit the high notes a violin can and a violist cannot hit the low notes on a violin that they are used to playing.

Which Instrument Is Best For You? Violin Or Viola?

Both the violin and viola are beautiful instruments that are integral pieces of many different kinds of orchestras and ensembles. While they do look strikingly similar, the largely minor differences between the two are what will ultimately help a prospective player choose which one is best for them.

The best way to make this final decision would be to go to a music shop, friend, or teacher with access to violins and violas and get both of them in your hands. The feel of the instruments will be different for each individual, as will the appeal of their respective tones.

Deciding on which instrument to purchase and learn is both an exciting and intimidating choice. But given how similar the playing technique is for violas and violins, you may just end up owning both of them! 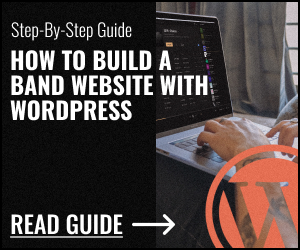